HHS Awards $20 Million Contract to AmerisourceBergen to Expand, Quicken Distribution of Vaccines and Treatments for Monkeypox 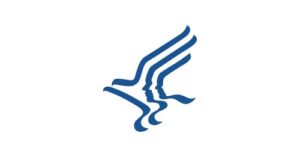 The U.S. Department of Health and Human Services (HHS)  announced that it is significantly expanding the number of locations nationwide that can be supported with direct federal shipments of vaccine and treatments, further speeding delivery of these medical countermeasures to communities at the greatest risk of monkeypox infections.

The HHS Administration for Strategic Preparedness and Response (ASPR) awarded a contract to AmerisourceBergen, valued at $19.8 million, that allows the Strategic National Stockpile (SNS) to expand its distribution capacity and better support jurisdictional needs by significantly increasing the number of weekly shipments and delivery locations.

Once implemented over the next few weeks, this distribution capability will allow for up to 2,500 shipments per week of frozen JYNNEOS vaccine and up to 2,500 ambient temperature shipments per week, which can be used for TPOXX distribution. Both the products themselves and their delivery are provided to jurisdictions for free. Prior to the agreement, the SNS was shipping product to approximately five locations per jurisdiction.

“We continue to do everything we can to make the vaccine and therapeutics needed to respond to monkeypox available to jurisdictions as quickly as possible,” said HHS Assistant Secretary Dawn O’Connell. “Today’s announcement is the result of our real-time and ongoing conversations with states and jurisdictions aimed at improving the national response. This new commercial contract will help deliver vaccines and treatments to communities and at-risk individuals more quickly and bring us a step closer to ending the current outbreak.”

Since May 2022, ASPR has provided JYNNEOS vaccine and TPOXX to jurisdictions as quickly and efficiently as possible using the resources available. This includes existing SNS transportation contracts, online ordering systems, standing office hours to assist jurisdictions, and ongoing engagement with state and local health officials. As of Sept. 2, the SNS has shipped more than 800,000 vials of JYNNEOS and more than 37,000 courses of TPOXX nationwide.

JYNNEOS vaccine is manufactured by Bavarian Nordic and approved by the U.S. Food and Drug Administration (FDA) to prevent smallpox and monkeypox. TPOXX is an antiviral drug approved by the FDA to treat smallpox but may be used for monkeypox treatment under an expanded access Investigational New Drug protocol held by the Centers for Disease Control and Prevention (CDC). Jurisdictions also can request shipments of the ACAM2000 vaccine, which is in much greater supply, but due to significant side effects is not recommended for everyone.

“As we continue to make progress and vaccinate the highest-risk Americans against monkeypox, it’s critical that we make more vaccine readily available to more people,” said White House National Monkeypox Response Coordinator Bob Fenton. “We’ve heard from state and local leaders about the importance of ensuring vaccines are distributed to more places, which is exactly what this contract will do. Through this and other strategies within the Administration’s monkeypox response, we can reach more people where they are to end this outbreak.”